All aboard the Polar Express train this winter.

For the first time ever, South Devon Railway will host the ultimate Christmas event. The Polar Express Train ride is magic for the whole family.

The most iconic feature of The Polar Express is its sleek black steam engine. It’s even inscribed with the ‘1225’ signage to identify it as Santa’s own train. Your children will gasp with amazement as the Polar Express train pulls into the station. Billowing steam all the way, your authentic steam train ride will last around an hour. This gives you plenty of time to appreciate the steam experience.

Even the tickets feature the beautiful train. Whether Grandad is a steam train fan, Dad wants to ride the footplate or the children love trains, there’s something for everyone.

Throughout your train ride you’ll be entertained, meeting the Conductor and his crew. All the while the train steams towards the North Pole. Here you’ll meet Santa and one of his friendly elves. He will climb on board the train to meet you all.

Although we have no plans for the train to cross over an ice plain, don’t be surprised if you have to stop for caribou. Make sure you know what noise one makes as you may have to help clear them. As in the film. it’s very important not to pass through carriages while the train is moving!

After the show, there’ll be a photo opportunity. The whole family can pose with the Polar Express train – especially if you have a selfie stick. With the steam covering the platform, it makes a magical Christmas photo.

Finally, keen-eyed parents will spot the train’s tribute to another iconic film. Look out for the flux capacitor as you leave the platform. Well – how else would we get to the North Pole and back in an hour?

Take a look around 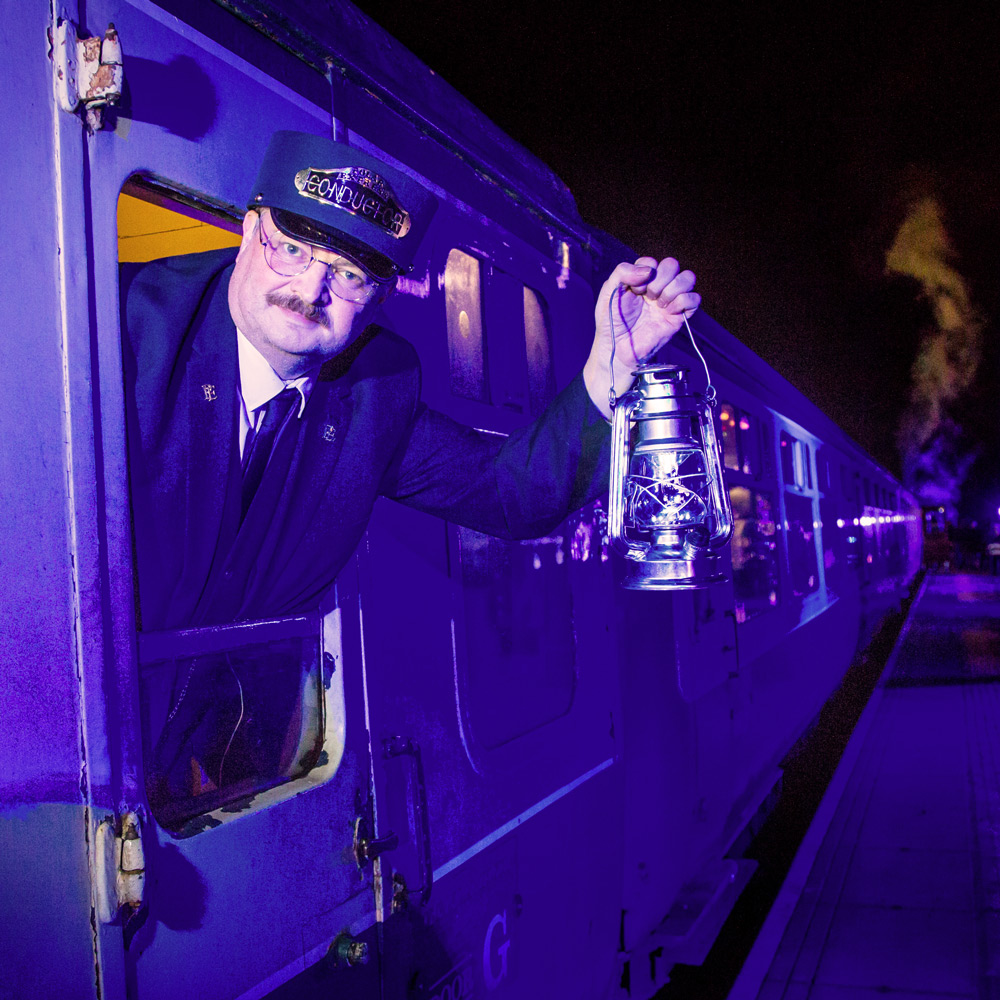 Here are some FAQs that may help you.

Please contact us via email for support, we are always happy to help! We’re sorry but we’re unable to provide telephone support, please use one of the methods above.

In order to provide you with the best experience possible we have to use cookies to track your basket contents etc. By continuing you are agreeing to allow us to do this.